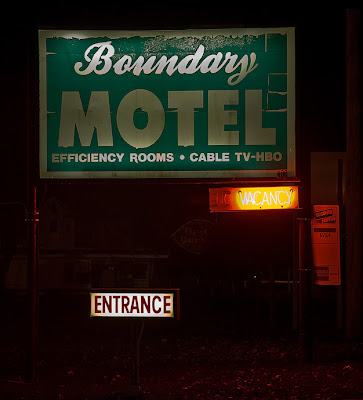 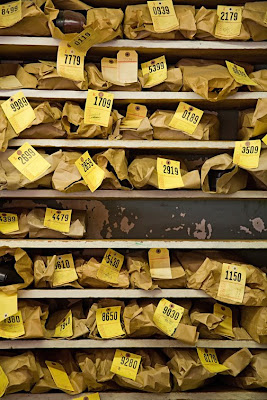 I like the way you frame the question, so don’t think me dismissive if I say that, in a sense, you don’t choose. Something about “the repetition of bright yellow tags and the big, bold black numbers,” for example, triggered an almost Pavlovian response. I’m oversimplifying, but ultimately the answer lies under myriad interwoven psychological layers. Although you may never truly know why certain images move you, draw you to them, by continuing with your work–& by all means, do–you garner greater understanding of your subconscious & in turn, the human condition. Art is not only self-expression but also self-discovery.

Thanks, Matt, for the kind words. I agree with you. I just wanted to make sure that I wasn't missing something, taking the easy way out, by not "knowing" up front why I was doing what I was doing.

I think Matt is right, that there isn't (and probably shouldn't) be anything conscious about seeking images that move you.

You take pictures of what capture your attention, for any number of reasons: Irony, the colors, the composition, etc. You don't consciously say "this image has bold, sweeping lines and a juxtaposition of textures", you just say "hey, this looks neat."

I think the artistic vision comes when you self-censor your work and chose those that stand out, maybe forming little factions of images that revolve around certain themes.

However, you may choose to take images thematically, but going out and taking pictures of only old churches, or homeless people, etc. For those, usually you are trying to editorialize your photography by making it evoke certain emotions.

I think you are a graphically minded person, and you love words, typefaces and patterns and bold colors. I don't think there is as much emotion in your images as there is a graphical element in how you determine what looks good in a photo.

Well, thanks, Jacob. That makes me feel better. I agree with you. Just wanted a sounding board to make sure I wasn't missing something obvious. The tough thing about the artistic pursuit is that it's largely a solitary enterprise and so you don't often get to bounce ideas off of people.

I love ravphoto.blogspot.com! Here I always find a lot of helpful information for myself. Thanks you for your work.
Webmaster of http://loveepicentre.com and http://movieszone.eu
Best regards